The Girl With Patent Leather Shoes: My Story

About 10 years ago, as I was approaching 50, I discovered that I became a legend at my school long after I left. I'm 'shiny shoe girl', the girl who was sent home from school for wearing patent leather shoes - apparently they reflect your underwear and, consequently, have an effect on the boys. Who knew? Little did I realize, at such a young age, I would become a legend.

It's things like that in my life that I think I've learned most from - the unexpected. I do have more credits to my name though, thankfully. I've learned more from the 'bad' things that have happened to me than the good ones! Possibly the most important lesson I've learned? To be me - even if that's wearing patent leather shoes! And in that spirit of being me, let's start by getting one thing on the table straight away - I'm English. I work for the NHS. I live in the UK. I love being an English rose, and I am proud of my 'englishness'. I'm proud of being part of the NHS. This is me. There is no point in me trying to be anyone else, so here you get pure Zoe, the real me. 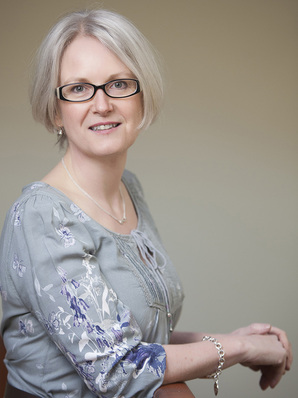 A potted history of what I've done then - well, I graduated with my Masters degree in Learning back in the 90s when my daughter was still in nappies, and from there I started my first business, coaching and supporting businesses on recruitment and in developing their staff and teams. I became known as the person to turn to for helping turn around dysfunctional teams and helping sort out high staff turnover. In 1995, alongside my business, I accidentally got involved in the development of a new radio station, and became one of a team of 4 that set it up - we sold the radio station a couple of years later for over £2m. And at the same time, my husband thought he was being made redundant so we set up a retail business for him to run that turned over around £150,000 every year for 5 years. He wasn't made redundant, by the way, so we were really busy to say the least!

I have nearly 30 years experience of working in programme management, leadership, organisational development and Human Resources in industry, higher education and the National Health Service. I was deputy director of HR for a large hospital trust, I've delivered leadership projects to aid the achievement of CQC requirements, and I've undertaken business development and transformation programmes to support the NHS in the north west of England.

I spent over 10 years as a pundit on BBC Radio Merseyside, and I've written for my own and other blogs, as well as having had a monthly column on business and HR matters in national magazine for 5 years. I also wrote a short book that I self published in 2012, which won a small business book award in the same year.

As someone who has spent most of my career working on change and transformation in one guise or another, I have a particular strength coaching and supporting others who are undertaking similar activity.

On a personal level I think I might have a bit too much energy - I'm doing 50 things during my 50s ... some of them crazy, some of them thankfully very easy. Though it has to be said that a certain pandemic has got in the way! I laugh a lot with my husband of over 30 years and our adult daughter, and we have the most gorgeous cockapoo, Milly. Oh, and I still wear patent leather shoes!

​And finally, as if I'm not doing enough already, I am writing my first novel. It is a historical novel based in 1930s/40s Liverpool, and starts with the line 'Daisy Doyle is dead, or so her family thinks.' Now tell me that hasn't captured your interest!